In this page I will share relevant Soccer and sport curiosities for visitors to Buenos Aires, as private tour guide I know what would be attractive for you according to show our behavior

The most pasionate and “soccerean” tribute to the Sistine Chapel

A small soccer club (we call these kind of clubs neighborhood clubs) made an amazing mural based on the Sistine Chapel, as private tour guide in Buenos Aires, I must share this News with you! 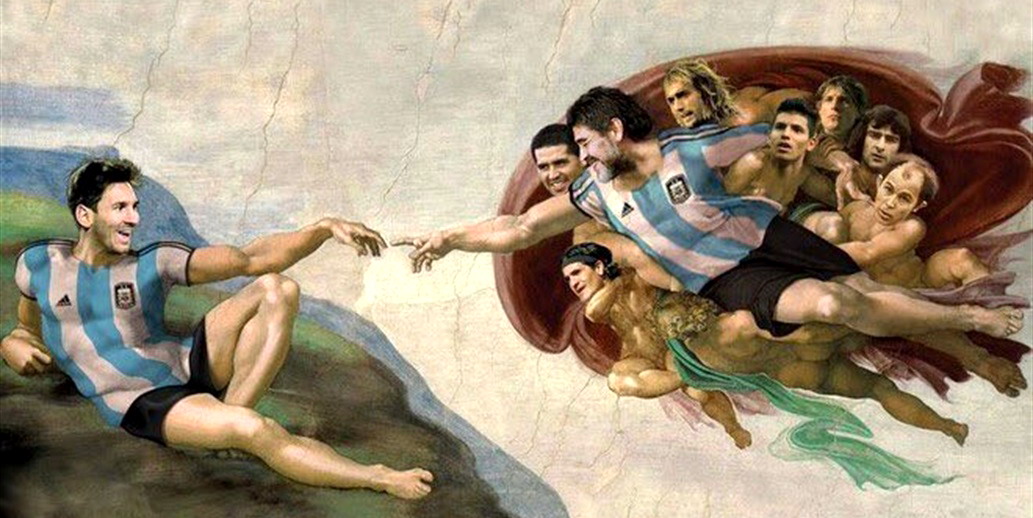 As a private guide in Buenos Aires I am often asked what is the majority religion in Argentina, and I tell them the truth: “75% is Catholic, but our main religion is Soccer”.

This small and strive neighborhood club named Sportivo Pereyra, is the proof of this and two other important things you should know:

1. God is Argentinean
2. Maradona is God, and the other members of the Holy Trinity are Messi, which is Jesus and Pope Francis who is the Holy Spirit and is so very soccer fan, devotee of San Lorenzo, one of the five greats of Argentine football.

What has Sportivo Pereira done? Given the possibility that Lio Messi retired from the Argentine National Team in 2016, he created a mural that pays tribute to The Creation of Adam by Miguel Angel in the Sistine Chapel, starring by Maradona (God), Messi (Adam) and several soccer stars local as his cherubs. This mural covers the roof of the futsal court (soccer of smaller dimensions) where the children of the club practice and play. The measure is 65 by 130 feet and there is also a smaller copy in the club restaurant.

The feeling and passion of football in Argentina are expressed both in the decision of the club not to charge children and in the statements made about the mural and the small court:

"The truth is that the soccer court is a temple, I was lucky enough to visit the Sistine Chapel and well when you go there... it's wonderful how they have decorated that roof, and our court is the most wonderful place in this club, it's a sacred place too."
Sebastián García President of Sportivo Pereyra *

The club is in a distant place from the touristic area but as I bring private local flavor tours here in Buenos Aires, many times we stroll the area, perhaps if the club is open we can visit. If not, at Helsinki, there is another version you can see bellow:

The soccer passion without a doubt occupies a place in the spirit of the Argentineans and it is very common the association of the players no longer with "idols" but with religious figures and in fact, there is a religion officially inscribed, as Maradonian Church, with 150,000 followers. It is obviously a parody, but they have taken the job. In fact, for many Argentines, the correct way to write God (Dios in Spanish) is as follows: D10S, including the number 10 of Maradona's shirt, which Messi (Jesus) wears today. 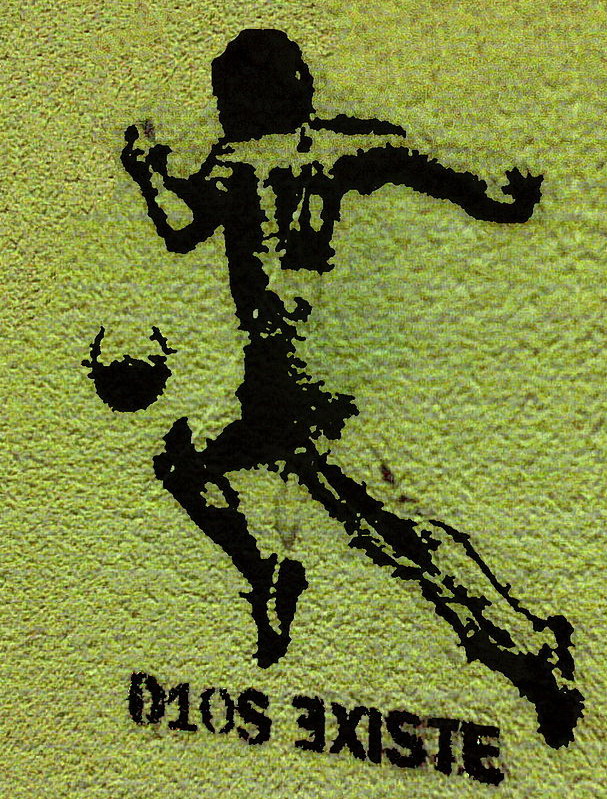 As a private guide in Buenos Aires I invite you to live as locals our passion for soccer, inside and outside the court, in the open air or under the Messina Chapel, you just have to ask the burning question: "Maradona or Messi?" 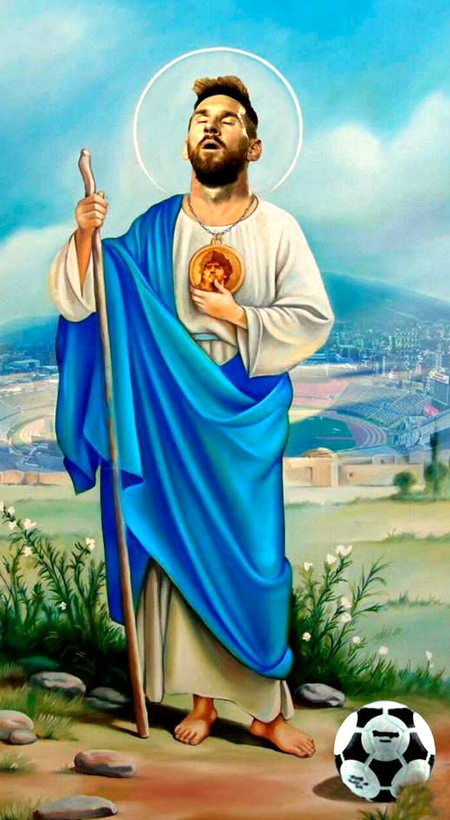 Messi getting the holly inspiration, Maradona on his chest, and the soccer ball used on our World Cup of 78, named -obviously- "Tango"